The most awaited True-Crime Series ‘Confronting a Serial Killer’ is here!

The most awaited True-Crime Series ‘Confronting a Serial Killer’ is here! 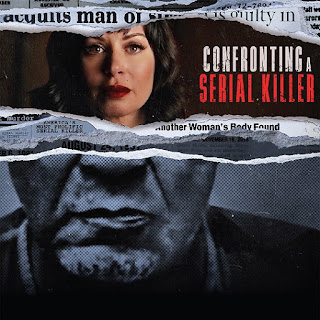 Mumbai, April 20th, 2021:  Lionsgate Play the premium streaming service is all set to premiere the much-awaited series ‘Confronting A Serial Killer’ on its platform. The series is executive produced and directed by Oscar-nominated and Emmy-winning filmmaker Joe Berlinger and produced by Emmy Award winning Po Kutchins. ‘Confronting a Serial Killer’ is an American true crime series showcasing the astonishing story of the unprecedented relationship between acclaimed author and journalist Jillian Lauren and the most prolific serial killer in American history, Sam Little. This is a five-episode series, which will be launched on Lionsgate Play on weekly basis.

In the series, New York Times best-selling author and memoirist Jillian Lauren uncovers Sam Little’s darkest secrets and aids law enforcement in solving a multitude of cold case murders. This is while struggling to reconcile her own history of addiction and abuse, with her present-day mission to return the identities of previously nameless bodies and forgotten women. As she slips deeper into his sordid world, Jillian realizes that she may become, psychologically, Little’s last victim. The story will detail Lauren’s race against time to identify Little’s victims. This revolutionary series shines a light on the distressing impact of racial and gender bias in the criminal justice system against victims from marginalized communities.