Ravi Gaikwad, a man who wears many hats 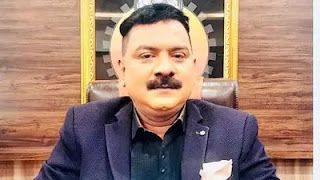 Ravi Gaikwad is an unassuming social worker, educationalist and also the Chief of RTO, Thane region. He is very well-known for his versatile social endeavours and skills and it should be not a surprise to know that a plethora of achievements comes under his belt.
Talking about his collegiate times, Ravi Gaikwad was the recipient of "Best Student"  title during his engineering days. He completed his Ph.D. in the field of Engineering in Electronics & Telecommunications discipline. He holds a degree in Doctor of Philosophy in the field of Engineering and also holds a PhD (Doctor of Philosophy) degree in the field of sports.
Engineering & Science Literature discipline is where his proficiency lies and his command and insights in this domain can't be overlooked.
Social activist and media personality Ravi Gaikwad was also the General Secretary during his engineering days, it was considered as the highest elected student body position. During his reign as a general secretary he also successfully carried out a National Science Exhibition for paper presentations as a part of Science Literature in the field of Engineering.
Numerous research papers to IIT and in the field of Science & Technology are also presented by him. Also, what is remarkably staggering  is his perfect scores, as he secured 100/100 in two subjects in his final year of Engineering, this score is still invincible for many engineering students to achieve. Ends