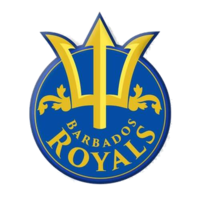 St. Kitts & Nevis, August 2021: With the Caribbean Premier League (CPL) 2021 set to unleash the best in T20 sporting entertainment, Wolf777, Asia's No 1 online gaming platform, has signed a deal to become the official sponsor of the Barbados Royals team.

Recently, Wolf777 had announced its association with the Jamaica Tallawahs as the title sponsor.

The Barbados Royals, the 2014 and 2019 CPL champions, boast of a cracking line-up of players – including the dependable all-rounder who revved-up up a storm in the Indian Premier League, Jason Holder, Sri Lankan seamer Thisara Parera and leg-break bowler Hayden Walsh. The partnership with Wolf777 promises to be a compelling mix of sports and entertainment and a celebration of cricket in the Caribbean.

Harry Blackburn, Chief Marketing Officer, Wolf777, said: “We are celebrating our association with the Barbados Royals. This marks the beginning of an incredible season. It was evident that our vision to revitalise the cricketing experience for fans was aligned with the Barbados Royals. Together, we want to make the CPL T20 2021 an incredibly engaging and entertaining spectacle.”

The Jamaica Tallawahs will feature some of the most charismatic players in their line-up this season, including the gritty Andre Russel who is best known for his fiery performance in the Indian Premier League, the hard-hitting Carlos Brathwaite and the paceman Fidel Edwards.