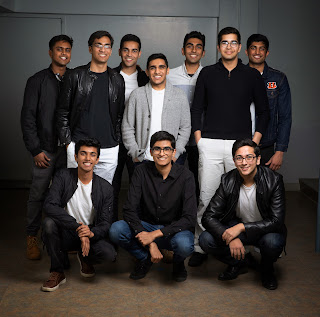 NEW YORK, NY — In a brave new virtual world, from 5,000+ College A Cappella groups, 64 of the nation’s most acclaimed and award winning groups were invited to compete in the unprecedented “UpStagedAID: One World, Every Student Voice™” NCPA A Cappella Championships for $10,000+ in cash prizes for teams and their chosen Social Justice Charity.

Penn Masala is one of five South Asian College groups who fought their way to the top of this NCPA Competition. Formed in 1996, all-male Penn Masala is renowned as the world’s first and leading South Asian A Cappella group, having performed worldwide for celebrity audiences from the White House to the Bollywood Music Awards. Penn Masala is featured in the Hollywood blockbuster Pitch Perfect 2. Their cover of “Any Way You Want It” was part of the Best Soundtrack Winner at the 2015 American Music Awards.