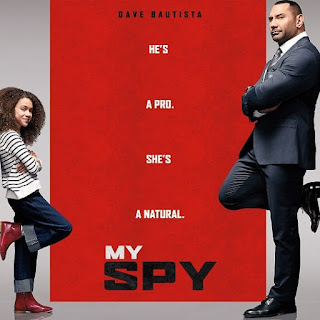 Mumbai, March 31st, 2021: Lionsgate Play is known to enthrall its audience with new and riveting releases! This time going a notch higher, they are all set to release and entice its patrons with the release of an American spy comedy film, My Spy on April 2nd, 2021. The plot is highly invigorating and revolves around a CIA agent who is forced to listen and act according to an incredibly intelligent nine-year-old girl.

The protagonist JJ played by Dave Bautista as a CIA agent and Chloe Coleman as Sophie, a nine-year-old elementary school girl. Sophie catches JJ, spying on her family during a surveillance operation. In exchange for not speaking about his mission and keeping it a secret, JJ agrees to train the young girl to become a spy.

Directed by Peter Segal, My Spy was nominated for People's Choice Award for Favorite Family Movie. The movie is entertaining with remarkable performances and great chemistry among the characters. The sequel is currently in discussion between Amazon and the producers.