Lionsgate Play presents a brand-new Gearhead Show ‘Secret of the Supercars’, a must watch for all the car lovers

‘Secret of the Supercars’, a must watch for all the car lovers 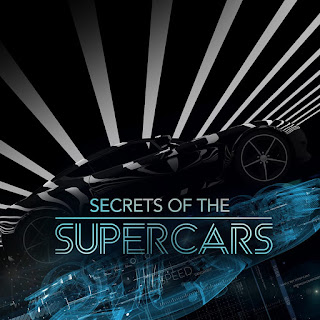 The 10-episode series will reveal special enigmas of the record-breaking cars in the world, from Bugatti Divo, Ferrari Roma to Koenigsegg Regera and Tesla Model S


Mumbai, April 09th, 2021: Lionsgate Play is known to bring some of the finest collection of movies and series for their audience! Now fasten your seatbelt and experience the adrenalin rush as the brand has released a new infotainment series, Secret of the Supercars. The 10-episode series is incredibly enlightening and covers access to the factories, test tracks, and the work of masterminds.

Secret of Supercars is docuseries on Supercars, the multi-million-pound masterpieces of the world’s most iconic brands. Explore what it takes to create these record-breaking status symbols, with a look behind the scenes at some of the most exclusive car companies on earth.  From the £4.5m Bugatti Divo and the sleek Ferrari Roma to Swedish upstart Koenigsegg Regera_ and Elon Musk’s cutting edge Tesla Model S, the show put one modern-day supercar through its paces in each episode, and also look at the game-changing vehicles of the past as well as the extremes of supercar design.

Secret of Supercars is available on the Lionsgate Play app in India with one episode every week. Each episode is specially curated to experience a different world of luxury cars with highly enriching facts and processes. You can download Lionsgate Play on Google Play Store, Apple app store, and Amazon Firestick.