- August 25, 2021
Netflix's Narcos Mexico to get a soundtrack by New York based Indian composer A-Zal 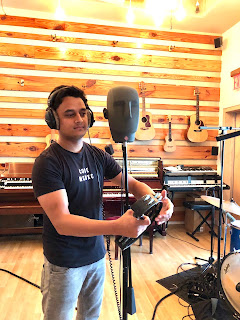 Its raining offers for New York based Indian composer A-Zal aka Atif Afzal as he is successfully accomplishing remarkable projects back to back. The talented composer cum singer-songwriter was recently approached for a soundtrack for Netflix's crime drama television series, Narcos Mexico.
A-Zal's international journey has picked up tremendous pace as his work is being recognized by creatives in content streaming platforms. His soundtracks in Netflix's feature film 'Resort to Love', Marvel's 'Loki' and CBS Network's television shows 'NCIS : Los Angeles' & 'The Twilight Zone - Season 2' stands testament to this.
For A-Zal, it has come down to the tough part of selecting from the best of the best offers. He opines, "This was definitely a great surprise, as the offer came within a month after the release of Resort to Love. The project is currently under talks, but this has really got me excited. The scope of music is really cinematic and I can't wait to be a part of Narcos, as working with Netflix has always been a great experience. In this time, I also have had the chance to chat with Oscar winning producers and filmmakers, and I am absolutely loving this phase, where my talent is being recognized by the best in the business"
A-Zal's career shift from Bollywood to Hollywood is making wonders and his toughest decision to switch between the industries has opened up multiple doors for him. We are proud to see Indian talents making their mark in Hollywood.